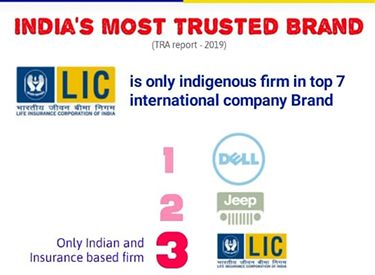 We all have heard of or seen instances where individuals are unaware of the insurance covers held by their parents, spouse or son/daughter and, thus, fail to claim them after their passing. When no claim is made on the death of a policyholder, the funds remain with the insurance company. Such unclaimed deposits with life insurers have nearly doubled in just the last one year. For instance, the unclaimed amount stood at Rs 5,439 crore as of March 2015, which increased to Rs 10,527 crore by the end of March 2016.

The question then arises: ‘What is this Unclaimed Amount?’

An unclaimed amount is the money due from a life insurance company to the policyholders or their beneficiaries (nominees). This could be in the form of death or maturity claims, survival benefits, premium refunds (when a policy is cancelled) or indemnity claims – including accrued interest, etc. Any amount that has not been claimed for more than 6 months since their settlement date are considered an unclaimed amount by a life insurance company.

What all could potentially add to an insurance company’s unclaimed amount?

There could be several such scenarios:

# When you cancel a life insurance policy and the balance of the premium paid for the policy year isn’t refunded to you: Suppose you have taken a life insurance policy with a limited premium payment period of 10 years for a policy term of 30 years. After 5 years you decide to surrender your policy, but the refund amount is small and slips from your follow-up list. This amount never reaches you probably due to change in address etc. Such small amounts combine together to make a considerable chunk under the unclaimed amount with insurers.

# The insurer doesn’t receive any intimation from a policyholder’s nominee in case of term insurance claims: In case of the policyholder’s unfortunate demise, the nominee might end up not claiming on the policy probably because he /she was unaware of the term plan or he / she was unable to find the policy document.

# The maturity benefit, survival benefit (under money-back plans) or indemnity claims like Interest Pay Orders do not reach the policyholder: Suppose you have a money-back plan that pays 20 percent of the sum assured every 5 years. However, the pay-out cheques sent by the insurer never reach because you have moved to a new address and have not updated the same with the insurer. Such payments also add up in the unclaimed amount lying with the insurer.

IRDAI to the rescue

The Insurance Regulatory and Development Authority of India (IRDAI) has issued clear guidelines to all insurance companies (in both life and non-life insurance space) to provide details of unclaimed insurance money on their respective websites. To save the insurers the trouble of putting out details of very small claim, the rules allow companies to publish details if the unclaimed amount is of Rs 1,000 or more.

As per a recent IRDAI circular (dated July 25, 2017), any unclaimed money with an insurance company will be moved to the Indian government’s Senior Citizens Welfare Fund, if the amount has been lying unclaimed for 10 years from the date it was payable to the policyholder or the beneficiary.

If no insurance claim is made for a period of 25 years after the transfer, you will have to forfeit the money and it will belong to the government. The government had created this fund through the Finance Acts, 2015 and 2016, to promote the welfare of senior citizens, in which notified institutions have to transfer unclaimed monies. These institutions include: postal savings scheme and Employees Provident Fund schemes. In an amendment in April this year, the government also added insurance companies to this list.

Here’s what you could do to claim any life insurance money lying with your insurance company (for a policy taken by you or your loved ones):

# Insurers allow you to spot your unclaimed money on their websites. You simply need to look under the tab titled ‘unclaimed amount of policyholders’.

# On the page that opens, once you click the tab, you need to enter the following details: name of the policyholder, policy number, Permanent Account Number (PAN), Aadhaar number and date of birth. Upon filling these details you can come to know the details of any unclaimed amount.

# The policyholder’s name and date of birth are compulsory, whereas PAN and policy number could be optional.

Prevention is the best cure

Whether you are a policyholder yourself or a nominee to a life insurance policy, you can take the following steps to avoid letting your money remain unclaimed with the insurance company:

# Maintain a record of all your policy details. (Try making a detailed list of all the policies you have invested in, along with calendar entries on when pay-outs like maturity and survival benefits are due).

# Monitor and track all your policies regularly.

# Keep a record of all your policies online (i.e. convert them into e-Insurance policies and maintain a single e-Insurance account).

# Update your latest contact details with all your insurers.

# Update your NEFT payment details with all your insurers so that you do not miss out on any of the pay-outs.

# Keep your family members and nominees updated about all the above-mentioned details.

# Assign nominees for all your policies.